THE HORROR SHOW WITH BRIAN KEENE is a weekly podcast hosted by best-selling writer Brian Keene and animation and video game veteran Dave Thomas. Each week, Brian, Dave, and their occasional co-hosts (authors Geoff Cooper and Mary SanGiovanni, director Mike Lombardo, the bubbly Phoebe, and nine-year-old Dungeonmaster 77.1) discuss the latest news in horror fiction, films, comic books, and games, along with in-depth interviews with horror’s biggest names, historical perspectives on the genre, and much more. THE HORROR SHOW is available for free wherever you download podcasts.

BRIAN KEENE is the author of over forty books. His 2003 novel, The Rising, is often credited with inspiring pop culture’s current interest in zombies. He has written for media properties such as Doctor Who, The X-Files, Alien, Hellboy, and Masters of the Universe. His work has been praised in The New York Times, The History Channel, The Howard Stern Show, CNN, Publisher’s Weekly, Media Bistro, Fangoria Magazine, and Rue Morgue Magazine. His won numerous awards and honors include the 2014 World Horror Grandmaster Award, 2001 Bram Stoker Award for Nonfiction, 2003 Bram Stoker Award for First Novel, 2004 Shocker Award for Book of the Year, and Honors from United States Army International Security Assistance Force in Afghanistan and Whiteman A.F.B. (home of the B-2 Stealth Bomber) 509th Logistics Fuels Flight.

DAVE THOMAS is a veteran animator, video game developer, musician, and tech writer who escaped the madness of Hollywood and fled back to the East Coast. A notorious foody and television critic, he spends his spare time being tortured by both his cats and the rest of humanity.

MARY SANGIOVANNI is the author of over a dozen books, including Chills, Thrall, Chaos, A Darkling Plain, For Emmy, and The Hollower Trilogy. A teacher at a New Jersey-area college, she is one of the first female authors to ever speak at the Central Intelligence Agency headquarters. She is the winner of the NECON Legend Award and has been nominated for a Bram Stoker Award.

MIKE LOMBARDO is an award-winning indie filmmaker whose movies include The Stall, Demonstration of the Dead, Womb For Two, Suburban Holocaust, and the upcoming feature-length I’m Dreaming of a White Doomsday.

GEOFF COOPER is an EMT, a model rocket enthusiast, and an author whose books include Answers of Silence, Retribution Inc., Shades (with Brian Keene), and Bum Piss & Other City Scents. He has encyclopedic knowledge — and amazing collection of — old school Arkham House-era horror fiction.

PHOEBE is Dave’s long-suffering partner. Bubbly, kind, and full-of-life, she loves animals and hates horror movies in which the dog (or any other animal) dies.

DUNGEONMASTER 77.1 is Brian’s nine-year-old son. One day, he will either save the world…or destroy it.

THE LATEST FROM OUR HOSTS 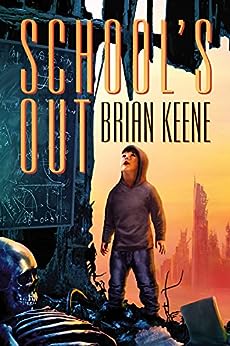 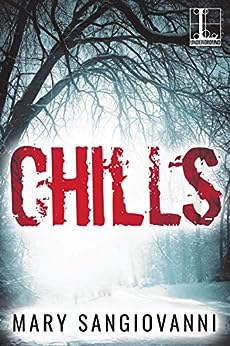